Call Now for A Free Quote From A Mold Remediation Expert Near You! 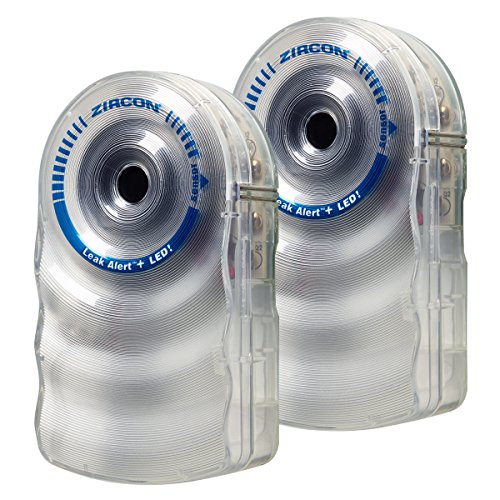 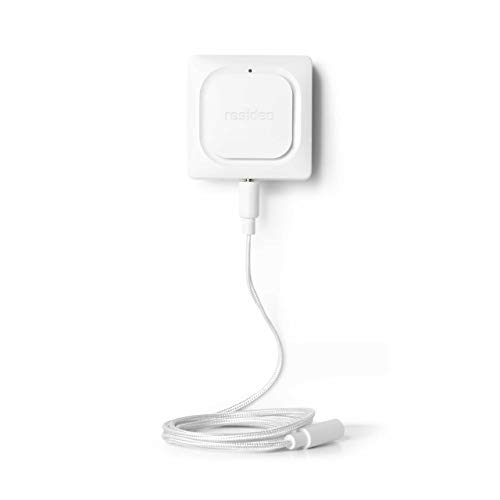 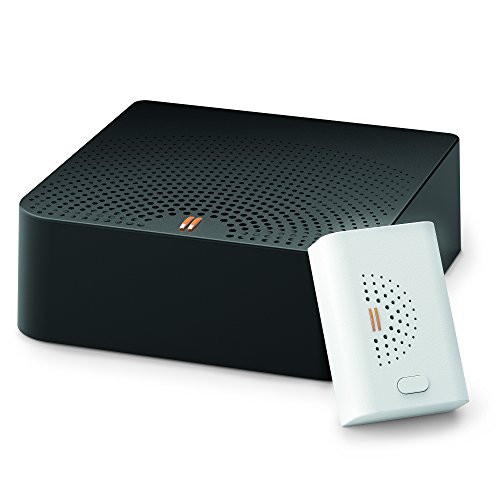 People think that the only thing they need to worry about causing damage in their home is fire. That isn’t the case at all! Water can cause just as much damage – in different ways of course.

If the appliances in your home begin to leak, the damage that water can cause can be incredibly expensive to fix. That is one reason why the best water leak detector can help protect your home.

When you outfit your home with the best water leak detector, you’ll have the peace of mind in knowing that your basement, bathroom, or kitchen will never flood because the sensors will notify you the moment there is a change in humidity or if it detects any water.

Also, there are some sensors that will even notify you if the temperature drops below a certain temperature which could freeze the pipes and cause them to burst!

In this guide, we are going to give you three options of products we feel are worthy of being called the best leak detector. The Zircon Leak Alert Wi-Fi is a smart water detector that you can put anywhere leaks could potentially happen. This isn’t just good for homeowners, this can be used by business owners, renters, or property managers.

This system will connect to the Wi-Fi to alert you via email, visual, and audibly the moment it detects any sign of water.

Each of the Zircon Leak Alert Wi-Fi units will work independently from one another. This eliminates the need of having a central hub to coordinate your emergency signals. The units utilize metal contacts that will detect moisture.

Upon detection, it will emit a 105 dB alarm, but it will also activate two flashing red LED lights to catch your attention. It will also send you an email alert, which can be configured to send alerts to multiple email addresses.

When looking at what people had to say about the Zircon Leak Alert Wi-Fi, they had great things to say. Many customers reported they love how reliable this smart leak detector is.

One customer even reported they had an older Zircon model and that lasted for a full decade with an alkaline battery.

People rave about how easy the setup is. People also commented on how audible the alarm is. They stated it will go off immediately and it is incredibly loud.

They did mention the email alert isn’t as immediate – it takes a few minutes for the message to appear in your inbox.

Although there were plenty of positive reviews, there were quite a few critical reviews. Of these complaints, people felt the product was utterly useless. These small handful of people said the sensor is tiny and only on one edge.

Not only was the sensor small, but the alarm would go off if anything touched said sensor, even if it wasn’t water. This worried customers because they felt if the leak was slow, you would never know until it was too late.

A few people also felt the sensor itself was too large and unsightly (of course, this is just a matter of aesthetics and your own preference). The Lyric Wi-Fi Water Leak and Freeze Detector is designed to detect leaks, but also frozen water pipes as well. This system can be located near troublesome areas in the home, such as near sump pumps, water heaters, washers, and under a sink.

You can use multiple sensors and hook them up to the Wi-Fi. You can name each sensor on the Lyric App. Should the sensor pick up a leak or detects your pipes are going to freeze, it will alert your phone via the app.

Each unit comes with a four foot water cable sensor so that you can place where you need coverage.

The alert system is small and unobtrusive, so you can put it anywhere. The unit runs off of three AA batteries, where the average lifetime of three years before needing to be replaced.

When looking at what people had to say about the Lyric Wi-Fi Water Leak and Freeze Detector, they had great things to say.

Many customers felt that this was a great water leak detector Wi-Fi unit because it is small, easy to set up, and the batteries last a long time. People also appreciated that it picks up any dampness near the cable or the unit itself.

Customers commented that the unit reliably alerts you to high temperatures, low humidity, and any dampness.

Although many people felt like this was one of the better water sensors for the home, there were a handful of customers who were not as impressed.

Several people said they purchased several sensors and they mentioned a few sensors worked, while others did not.

One said they even tried calling the company for help, but to no avail. Others were disappointed because they couldn’t get it to work and there was no warranty. The WallyHome Starter Kit has several ways of alerting you when there is a problem. It features an audible alert, but it will also alert you via text message, push notification, phone call, or an email – depending on what you set it up for.

This alarm will send you a notification when there are any issues with a water leak, but also when the temperature goes outside of your designated thresholds.

This detection system is easy to set up and you can connect multiple sensors to your Wally hub network via the Wally App. If you have any problems with the unit, you can contact the Wally Rapid Response team and they will dispatch a licensed service professional to help.

When looking at what people had to say about the WallyHome Starter Kit, they had great things to say. Customers reported the setup process was really quick and easy. They liked that the device had numerous ways of notifying the owner there was a problem.

One customer stated they didn’t hear the alarm going off in the basement, as they were on the second floor. However, the push notification alerted them and they were able to avoid a potential disaster.

Other customers didn’t have such good feelings toward the water leak system. These individuals reported the setup instructions were not helpful and they took over an hour to configure everything properly.

Then customers reported the unit wasn’t capable of providing accurate humidity readings consistently. They also annoyed that the unit does not work with their NEST system, even though Wally’s website claims otherwise.

By purchasing the best water leak detector that fits within your budget, you can protect your home from flood damage.

It doesn’t matter if you have a waterbed and it springs a leak, there’s a heavy storm and the rain water gets into the basement, or the hose to your washing machine cracks – these systems will be able to notify you before the damage happens.

You’ll find that with a water leak detection system, there will be numerous ways the system will alert you.

It could be a visual alert with blinking red LED lights, it could be a loud audible tone, or it could send you notifications on your smartphone.

When you take proper precautions, you can rest a little easier knowing that your home is a little safer when it comes to the threat of water damage. How To Kill Black Mold On Wood Best Air Purifiers to Remove Mold Spores in Your Home

This website uses cookies to improve your experience while you navigate through the website. Out of these cookies, the cookies that are categorized as necessary are stored on your browser as they are essential for the working of basic functionalities of the website. We also use third-party cookies that help us analyze and understand how you use this website. These cookies will be stored in your browser only with your consent. You also have the option to opt-out of these cookies. But opting out of some of these cookies may have an effect on your browsing experience.
Necessary Always Enabled
Necessary cookies are absolutely essential for the website to function properly. This category only includes cookies that ensures basic functionalities and security features of the website. These cookies do not store any personal information.
Non-necessary
Any cookies that may not be particularly necessary for the website to function and is used specifically to collect user personal data via analytics, ads, other embedded contents are termed as non-necessary cookies. It is mandatory to procure user consent prior to running these cookies on your website.
SAVE & ACCEPT